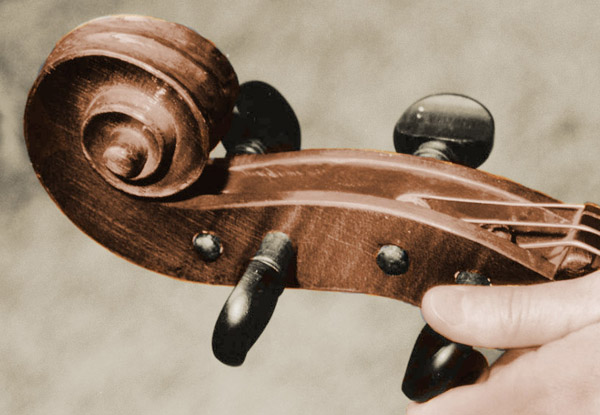 Repetitive DNA sequences enable genetic adjustment of hereditary traits and thereby facilitate adaptation in a changing environment.  In this way, such sequences resemble the tuning knobs on a stringed instrument, which allow simple and reversible adjustment of string tension to find the best tone.

Conventional evolutionary theory holds that high mutation rates must be disadvantageous.  Nevertheless, high mutation rates do characterize certain DNA sequences, notably the tandem-repeating sequences known as microsatellites and minisatellites.  Such sequences look a lot like junk, since their information content appears to be low and their mutational instability would seem to make them poor candidates for any critical function.  But these "simple sequence repeats" are functionally integrated into the genome, where their length (i.e., the number of repeats) can exert a mutationally-adjustable quantitative influence on practically any aspect of gene function.

Could the high mutation rates of these sequences result from natural selection favoring mutability?  Computer simulations by David King (SIU Department of Zoology) have demonstrated that the mutational properties of microsatellite DNA could be exploited by an evolving population.  In these simulations, gradually changing environmental conditions imposed selection pressure on populations in which genetically-determined mutation rates and mutation impact factors were free to vary.  Results showed that mutation rate can indeed increase as an indirect consequence of selection.  [Mutational Landscape, figure and abstract]  When suitably constrained, frequent mutations enable a population to adapt efficiently (that is, with minimal genetic load).

Simple sequence repeats can function like adjustable tuning knobs, facilitating the process of evolutionary change.  They may be common precisely because indirect selection has favored their intrinsic instability.